The STEM bill SB 343/344 overwhelmingly passed the full Senate.   It was referred to the House and now sits in the Workforce and Talent Committee. The same committee where it died in 2015.  Some might ask, “Why isn’t this in the House Education Committee?  Simple.  They want this bill passed to begin to credential students for career pathways in a P-20 competency based education system.   We have to stop it in the House.  Please call your State Represenatative and tell them to vote “NO” on SB 343/344.

An ardent supporter of this bill from the beginning is Senator Colbeck despite grassroots opposition.  Colbeck, who recently announced he is running for Governor, defends the bill as an optional “good housekeeping seal of approval.”  He called our objections “misinformation” and encouraged people to read the bill. Reading the legislation seems reasonable enough.  I’ve read the entire bill (and past versions going back to 2015.)  But the problem is that we object to the entire INTENT of the bill.   The intent of the bill is not always obvious to those who don’t follow education policy as closely as we do.  We’re not misinformed.  We are very informed and know what the STEM credential helps build that’s why they brought it up again after it died in 2015.

Colbeck is an aerospace engineer.  He previously worked at the International Space Station so perhaps a simple analogy with rockets will help him and others understand our objection a bit better.  As an aerospace engineer, he helps create the designs used to build a rocket.   If I were to walk into the his office and look at his drawing, I would probably be impressed and say, “Wow!  You’re helping to design and build a rocket.”   It would be absurd for him to reply, “No, I”m not.  Look again, it’s just a piece of paper with lines and angl 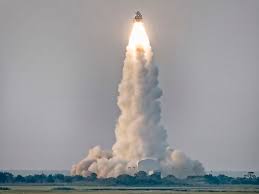 es not a rocket.”   It would be ridiculous for Colbeck to deny that’s what he is doing because we all know what a rocket looks like.

As a member of the Senate Education Commitee, Colbeck is one of the “engineers” of the STEM bill which credentials students for career pathways and helps build the P-20 competency-based education system.   The problem is that most people don’t know the components of a P-20 system.  P-20 is a new national invention supported the Governor desperate to ‘re-invent’ our education system from prenatal to career.   So when most people read the bill they only see “lines and angles” unless the engineer explains to them what his design will create.  Colbeck is unwilling or unable to do that.

Senator Colbeck actually seems ignorant of the intent of the bill when asked how it would impact college admissions and employment.

Facebook reader Adam, asked Senator Colbeck: What does this endorsement get them regarding college acceptances?

Senator Patrick Colbeck Time will tell. Every university will likely have different evaluations of the degree. Much will depend upon how proficient the students with the STEM designation actually are in math and science.

“This gives them a leg up when it comes to universities, community colleges or trade schools,” said sponsoring Sen. John Proos, R-St. Joseph. “These are the students that ought to be recognized by industries, industries that we know have jobs available today.”

Senator Colbeck’s answer demonstrates that he is absolutely clueless about the transformation in education and the move toward an online mastery transcript created for a P-20 education system.

The new online transcript meets the litmus test of allowing an admissions officer to get a decent understanding of a student’s performance in two minutes or less…..Admissions officers can even click down into every skill the student has to see the standard, and then click down further to see the individual items of student work (videos, art work, writing) supporting that standard.

The STEM Partnership makes it clear that this is part of the P-20 system for career pathways serving the needs of the workforce.

Jobs for the Future wrote about a new  NATIONAL competency education model with portable, stackable credentials in their 2012 report.

We’re NOT misinformed.  This is part of a national initiative to fundamentally change education into a P-20 competency based system directing students toward specific career pathways based on data.   Using rewards and consequences,  the state via the MDE will now have a mechanism to direct student learning and their future careers to meet workforce needs.  Those with the credential will have the advantage. Those who don’t have the credential will be at a disadvantage.   Districts, private schools, and homeschools that do not participate will be at a “competitive” disadvantage.   Standards, assessments, and credentials based on data are all components of a P-20 (prenatal to career) competency based education system.

This isn’t rocket science, Senator Colbeck.  In fact, it’s more like the game “connect the dots” we played in kindergarten.   Everybody else seems to know how this bill will affect admissions and employment, it’s time you did too.